Welcome. Feel free to navigate the site from the bar at the top. 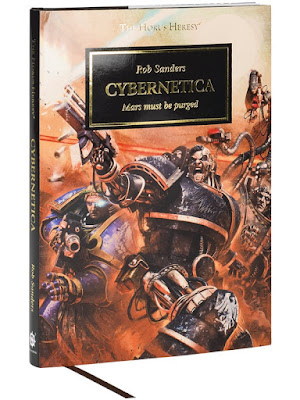 Soon after word reached Terra of Horus’s nascent rebellion, Mars fell. Rogue elements within the Mechanicum priesthood, stirred by the Warmaster’s promises of independence and prosperity, turned against the Imperium and forced the primarch Rogal Dorn to order an impenetrable blockade of the Red Planet. Now it has become clear that the corruption has spread too deep, and that more drastic measures must be taken if the Forge World Principal is to be reclaimed. Calling upon the expertise of those who witnessed the so-called ‘Death of Innocence’ firsthand, Lord Dorn and Malcador the Sigillite consider their final solution – the complete extermination of all life on Mars.

This limited edition Horus Heresy novella will be available to order from Friday the 24th of July in a deluxe hardcover edition with a plethora of additional features. It’s limited to just 3,000 copies worldwide, so you’ll want to hurry. Click HERE to reserve your copy.

You can read an exclusive extract HERE and a short interview with me about the book HERE. The disciples of the Machine God, the Cult Mechanicus are on the front line of the Quest for Knowledge. Tech-priests lead their forces of augmented warriors and battle-automata into battle with the Omnissiah’s foes in defence of His secrets. Magos-Explorator Omnid Torquora orchestrates war against the Iron Warriors for control of a long-lost forge world. With skitarii legions and maniples of battle-servitors and robots at his command – not to mention the mighty god-machines of the Titan Legions – victory is within his grasp… until treachery threatens to end his dreams of conquest. Amazing scenes of action and all-out violence ensue as the augmented horrors of the Cult Mechanicus wage war on the massed legions of the Iron Warriors. Victory is within reach of Magos-Explorator Omnid Torquora - at least, until treachery encroaches on his dreams of conquest. Featuring an incredible cast of bizarre mechanical characters, this novel is a fantastic continuation of the story laid out in 'Adeptus Mechanicus: Skitarius'.

CLICK HERE TO READ AN EXTRACT AND PURCHASE THE NOVEL EITHER AS A HARDBACK, AN EBOOK OR AUDIO 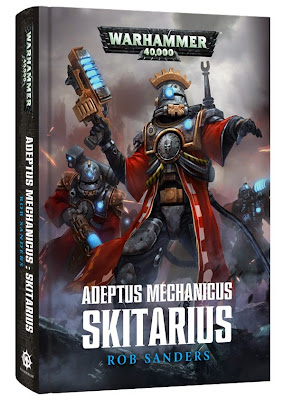 The skitarii are the soldiers of the Machine God, the tireless legions of the Adeptus Mechanicus. Holy warriors, they carry the word of the Omnissiah across the galaxy, destroying the impure machines of aliens and renegades and spearheading the Quest for Knowledge. A discovery of ancient technology sends a skitarii legion, commanded by Alpha Primus Haldron-44 Stroika, into battle on a forge world overrun by Chaos. When a cataclysm cuts him off from his tech-priest overseers, Stroika must rally his forces and battle corrupt machines and Chaos Space Marines if he is to achieve victory.

CLICK TO READ AN EXTRACT AND PURCHASE THE NOVEL.

'SKITARIUS' is available in a number of formats: HARDBACK, EBOOK, LIMITED EDITION and AUDIOBOOK. 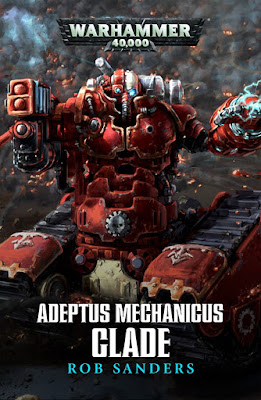 As the war for the forge world Velchanos Magna rages on, Tech-Priest Dominus Theronymous Gant hunts a Dark Mechanicum warlord across the blasted ruins. With a clade of mighty Kataphron Breachers at his side, he is ready to deal death to the traitorous tech-priest. But when his foe does the unthinkable, Gant and his Kataphrons find themselves facing an overwhelming force of mighty daemon engines bent on their destruction…

CLICK TO READ AN EXTRACT AND PURCHASE THE STORY. 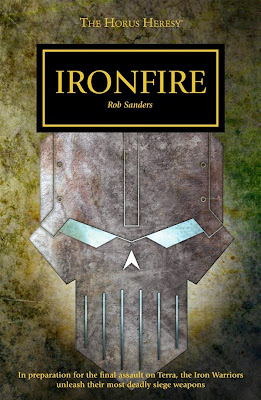 His body broken by the fall of the Schadenhold, the Iron Warriors warsmith Idriss Krendl is nonetheless far from defeated. Now commanding two of the mighty siege guns stolen from the forge world of Diamat, he seeks to redeem himself in the eyes of his primarch by bringing down the Great Selenic palace on Euphorus, and gather invaluable tactical data for the eventual assault on Terra. His plan? To utilise a strategy of his own devising – the glorious Ironfire protocol.

Follow the continuing adventures of Iron Warriors Warsmith Idriss Krendl as he attempts to take down a giant palace with a pair of the enormous siege guns. We last met Krendl in the story The Iron Within, where he went head to head with the loyalist Dantioch. After that humiliation, he's trying to recover his reputation with an audacious plan.

CLICK TO READ AN EXRACT AND PURCHASE THE STORY 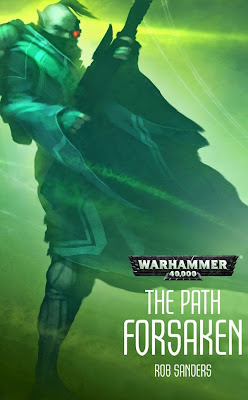 Indiscriminate in their destruction, the tyranid host consumes all in its path, sparing nothing and brooking no parley. The exodite world of Ephraeleon will be the next to fall, its people unprepared and undefended, but for Eldar Ranger Una Belphoebe the fate of the planet means nothing compared to the love of her prince. With the chitinous horde already descending on the jungles of Ephraeleon has her desperate rescue come too late?

The eldar aren’t the most compassionate of aliens at the best of times, but with their entire race facing extinction, one group of rangers is faced with a terrible decision: the death of a world or the extinction of their species. It’s also one of the few times in Black Library’s fiction where we get to explore one of the deadly dinosaur-infested exodite worlds of the ancient eldar empire.

CLICK HERE TO READ AN EXTRACT AND PURCHASE THE STORY 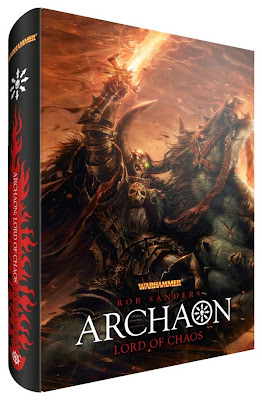 Archaon – the former templar of Sigmar now dedicated to the Ruinous Powers – continues his quest to claim the six great treasures of Chaos and bring death to the world as the Everchosen of the gods. As he travels the world – from the southern Chaos Wastes to the verdant lands of Bretonnia – Archaon faces unimaginable perils and devastating betrayals. And all the while, Be’lakor, the first daemon prince, plots and awaits his chance to destroy the would-be Everchosen and claim his mantle as Lord of Chaos and harbinger of the End Times.

CLICK TO READ AN EXTRACT AND PURCHASE THE NOVEL

ARCHAON: LORD OF CHAOS is the second part of the ARCHAON duology. Check out first novel ARCHAON: EVERCHOSEN. 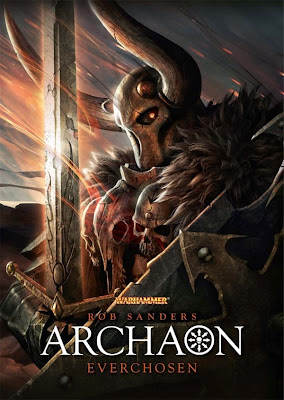 CLICK TO PURCHASE THE NOVEL ARCHAON: EVERCHOSEN AND THE ACCOMPANYING SHORT STORY 'ARCHAON: THE FALL AND THE RISE'


FOR ALL OTHER ROB SANDERS TITLES, CHECK THE SIDE BAR TO THE LEFT.