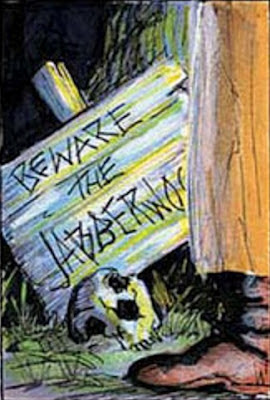 It’s not often that my science fiction and fantasy influences stretch to poetry (my literary influences perhaps) but for the letter 'J' I’ll make an exception. I’ve always loved the poem Jabberwocky by Lewis Carroll. There is something about the playful nature and suggestiveness of the language that I think all science fiction and fantasy writers and readers respond to. I love the way he crafts fantastical creatures and a fairy tale landscape purely out of sounds and letters. At its heart, the poem is a piece of nonsense verse that tells a tale of monster-slaying. The most impressive aspect of the poem is the way that is makes everyone into a fantasy writer. We all create our own versions of the setting and its strange inhabitants – it is open to endless interpretations. There have been film and cartoon versions of the poem and while they are fun, they cannot do justice to the poem because the reader is intended to be intimately involved in the description’s realisation. This was Carroll’s genius. He skilfully constructs the suggestion and then hands the poem over to our imagination. I find myself attempting to employ similar strategies in some elements of my work and believe that it was reading Jabberwocky as a child that probably planted that seed. I reproduce this classic poem here for your enjoyment.

`Twas brillig, and the slithy toves
Did gyre and gimble in the wabe:
All mimsy were the borogoves,
And the mome raths outgrabe.

"Beware the Jabberwock, my son!
The jaws that bite, the claws that catch!
Beware the Jubjub bird, and shun
The frumious Bandersnatch!"

He took his vorpal sword in hand:
Long time the manxome foe he sought --
So rested he by the Tumtum tree,
And stood awhile in thought.

And, as in uffish thought he stood,
The Jabberwock, with eyes of flame,
Came whiffling through the tulgey wood,
And burbled as it came!

One, two! One, two! And through and through
The vorpal blade went snicker-snack!
He left it dead, and with its head
He went galumphing back.

"And, has thou slain the Jabberwock?
Come to my arms, my beamish boy!
O frabjous day! Callooh! Callay!'
He chortled in his joy.

`Twas brillig, and the slithy toves
Did gyre and gimble in the wabe;
All mimsy were the borogoves,
And the mome raths outgrabe.

Email ThisBlogThis!Share to TwitterShare to FacebookShare to Pinterest
Labels: Influences

Almost forgot 'bout this amazing piece of poetry - thanks for inspiration, i'm on my way to write some fan-fic :)
I used to be a great fan of Lewis Carroll - I still have 2 full bookshelves of stuff concerning "Alice" and His other works (including absolutely every polish edition of "Alice", in every polish translation ever done).
btw. freshly after reading "The Serpent's Beneath" - just when i thought "The Primarchs" anthology is something anybody could live without, You gave me absolutely brilliant last 40pages of your novella - Thank You for that.

btw2. do You know "A Universal History of Infamy" by Jorge Luis Borges? another fantastic source of inspiration!

Hi Emeryt,
Yeah, I'm a real fan of Jabberwocky. A piece of less obvious genius. Thanks for your comments on 'The Serpent Beneath'. I'm glad you liked it. I'll keep trying hard for you. I'll check out 'A Universal History of Infamy'. I'm always looking for inspiration. Hey, and good luck to your team in Euro2012! 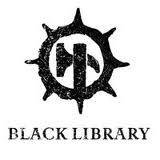